Carrier dynamics and lasing in Perovskite

Carrier dynamics and lasing in Perovskite 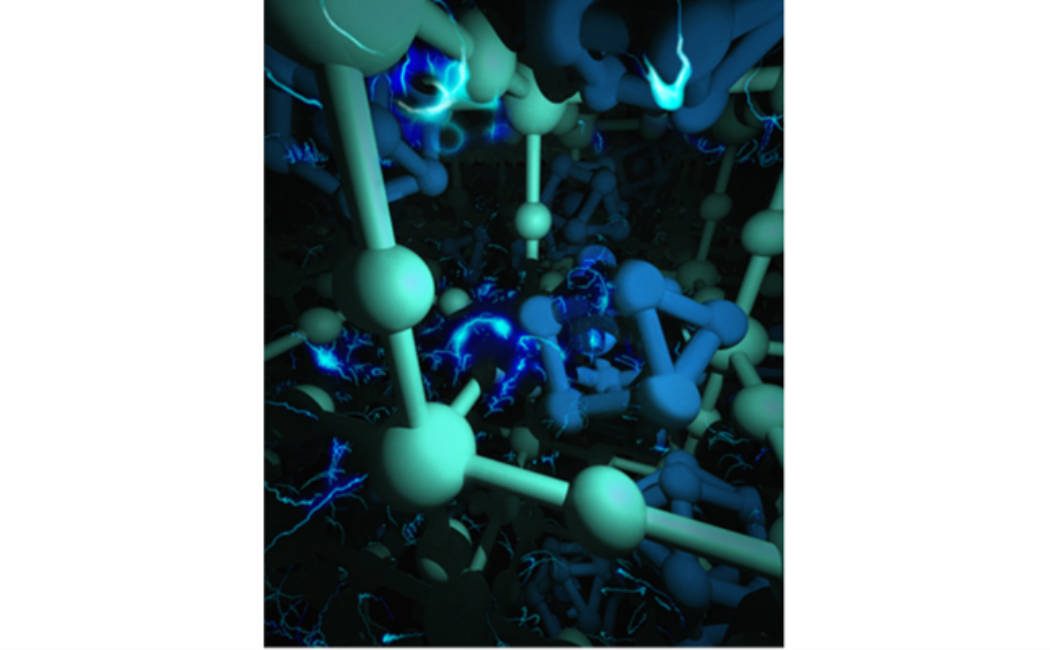 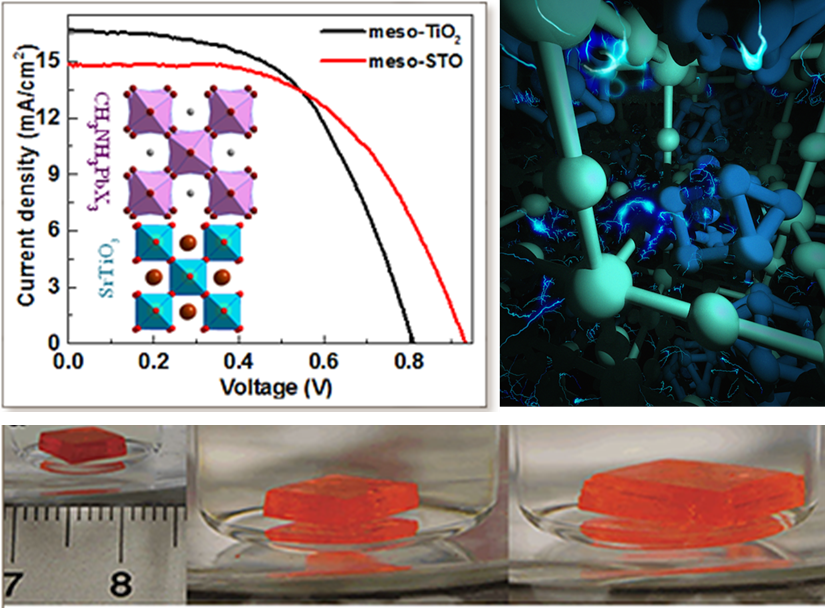 Perovskite-based solar cells have shown a breakthrough in power conversion efficiency. To contribute to this extremely hot area of research, we explored perovskite oxide SrTiO3 (STO) for the first time as the electron-transporting layer in organolead trihalide perovskite solar cells. The steady-state PL quenching and transient absorption experiments revealed efficient photoelectron transfer from perovskite to STO. Perovskite solar cells with meso-STO exhibit an open circuit voltage of 1.01 V, which is 25% higher than the value of 0.81 V achieved in the control device with conventional meso-TiO2 (Figure 1). We also found that the application of STO leads to uniform perovskite layers with large grains and complete surface coverage, leading to a high shunt resistance and improved performance. These findings suggest that STO is a competitive candidate as an electron transport material in organometal perovskite solar cells. In addition, we explored the photophysics before and after metal doping of sizable crack-free MAPbX3 single crystals with volumes exceeding 100 cubic millimeters. We observed exceptionally low trap-state densities on the order of 109 to 1010 per cubic centimeters in MAPbX3 single crystals with charge carrier diffusion lengths exceeding 10 micrometers. 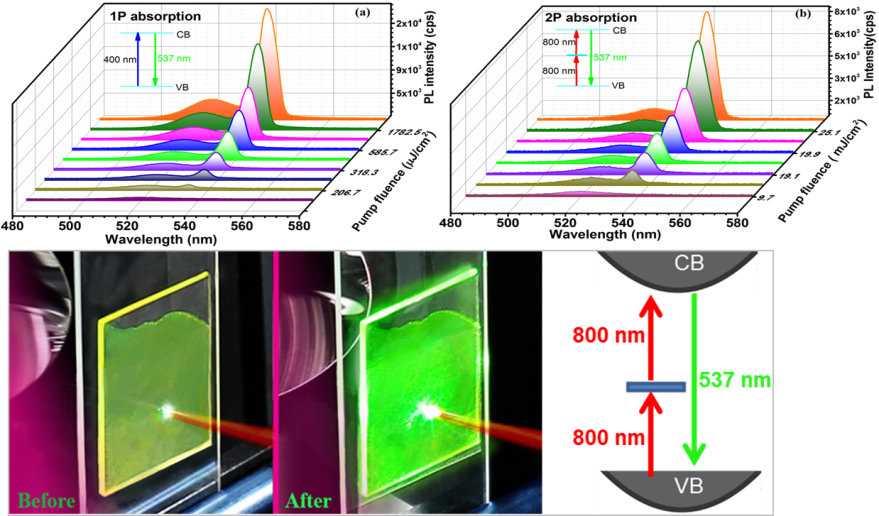 ​Figure 2: Pump-fluence relationship determined for the treated CsPbBr3 QD film in (a) 1PA and (b) 2PA. For the first time, highly air and photostable amplified spontaneous emission (ASE) in solution-processed QD films was achieved not only through one photon (1PA) but also two-photon absorption (2PA).

Degradation and instability is arguebly the greatest challenge facing the practical applications of the entire family of lead trihalide perovskite materials. Here, we have demonstrated ultra-air- and photostable CsPbBr3 QDs by using an inorganic-organic hybrid ion pair as the capping ligand. This passivation approach to perovskite QDs yields high photoluminescence quantum yield with unprecedented operational stability in ambient conditions (60 ± 5% lab humidity) and high pump fluences, thus overcoming one of the greatest challenges impeding the development of perovskite-based applications. Due to the robustness of passivated perovskite QDs, we were able to induce ultra-stable amplified spontaneous emission (ASE) in solution processed QD films not only through one photon but also through two-photon absorption processes (Figure 2 a & b) The latter has not been observed before in the family of perovskite materials. More importantly, passivated perovskite QD films showed remarkable photostability under continuous pulsed laser excitation in ambient conditions for at least 34 hours (corresponds to 1.2 × 108 laser shots), substantially exceeding the stability of other colloidal QD systems in which ASE has been observed. Finally, this work can be considered as a breakthrough in the development of a passivation technique to stabilize lead trihalide perovskite QDs.