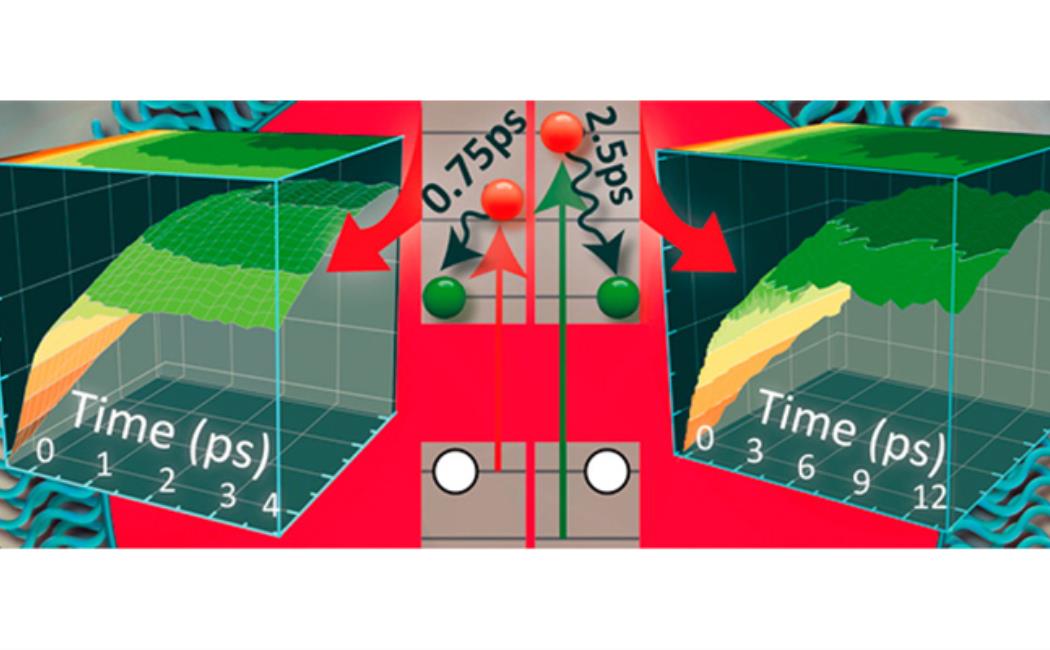 ​The ability to design flexible solar panels from semiconductor quantum dots makes them excellent candidates as light-harvesting materials, opening up a new way to utilize this new technology in next-generation solar cells. More importantly, the multiple-exciton generation (the formation of two or more excitons for the cost of one absorbed photon, see Figure 1) is one of the most remarkable features of the semiconductor QDs. We applies several laser spectroscopic techniques using a variety of QDs including Ag2S QDs, PbS QDs, and CdTe QDs not only to assess multi-carrier generation and intra-band relaxation pathways in semiconductor QDs, but also to understand the electronic states, including hot electrons involved in the excited QDs.

Figure 1: A schematic diagram of intra-band relaxation of PbS QDs (top panel). Illustration of the effects of quantum confinement on the process of multiple-exciton generation in PbS quantum dots.​

Our major contribution of this study is in observing a strong size dependence of multipl-exciton generation (MEG) yields, providing significant new insights into the effects of quantum confinement on the process of MEG in semiconductor quantum dots. In addition, we were able to create 1.6 electron-hole pairs with single photon in both PbS QDs and Ag2S QDs. More importantly, the lifetimes of multiple excitons in Ag2S QDs were about 1 and 2 orders of magnitude longer than those of comparable size PbS QDs and single-walled carbon nanotubes, respectively. This result is significant because it suggests that by utilizing an appropriate electron acceptor, there is a higher possibility to extract multiple electron–hole pairs in Ag2S QDs, which should improve the performance of QD-based solar cell devices.