Mapping charge carrier dynamics on the surface of CIGSe nanocrystals

Mapping charge carrier dynamics on the surface of CIGSe nanocrystals 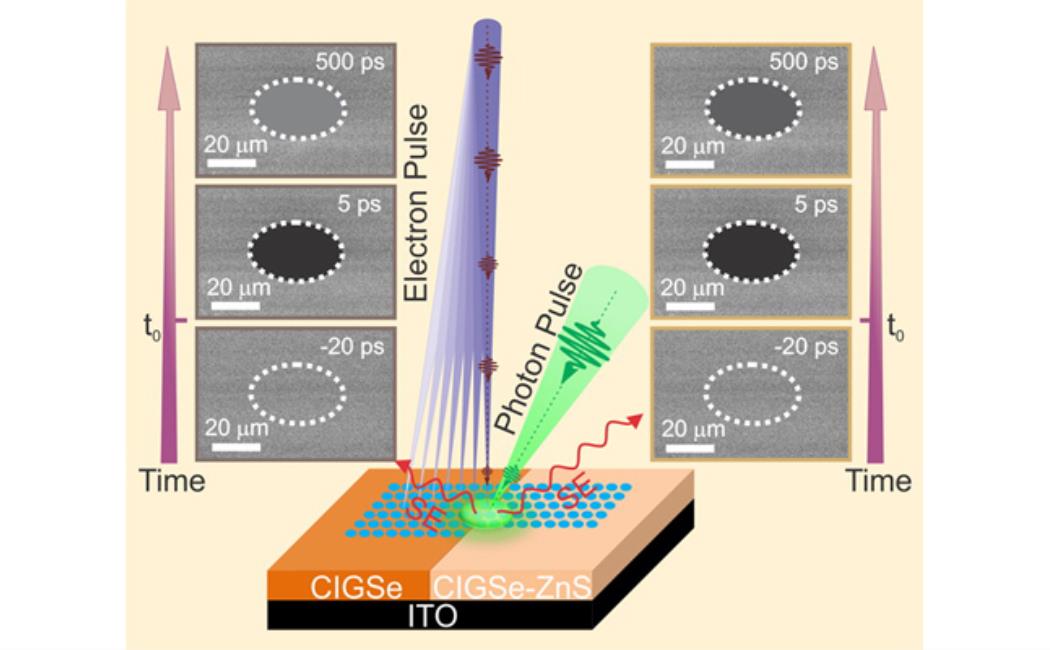 ​Surface trap states in semiconductor CIGSe nanocrystals (NCs) which serve as channel for non-radiative carrier recombination is one of the greatest challenges impeding the development of these NCs based solar or optoelectronic devices. In order to design efficient passivation techniques to minimize these trap states, a precise knowledge about the charge carrier dynamics on the NCs surface is urgently required. However, selective mapping surface traps is a capability beyond the reach of conventional laser spectroscopy and static electron microscopy, and it can only be achieved by using a one-of-a-kind second generation scanning ultrafast electron microscopy with a sub-picosecond and nanometers temporal and spatial resolutions, respectively. Here, we precisely map the surface charge carrier dynamics of the CIGS before and after surface passivation in space and time (Figure 1).

The time-resolved snapshots clearly demonstrate that the density of trap states is significantly reduced after surface shelling with inorganic layer of ZnS as referred from the dynamics of carrier recombination before and after surface treatment. We further compared our results with that obtained from ultrafast transient absorption spectroscopic measurements, which also clearly reveal slowing down of charge carrier dynamics after shelling. Finally, the elaborate study on the charge carrier dynamics of quaternary nanocrystals along with clear distinction of the effect of ZnS shelling precisely on the surface as well as its immediate effect observed in device performance not only provides fundamental insights into the new surface photo-physics but also opens up a new avenue for designing passivation strategies to enhance their applicability in light harvesting purposes.