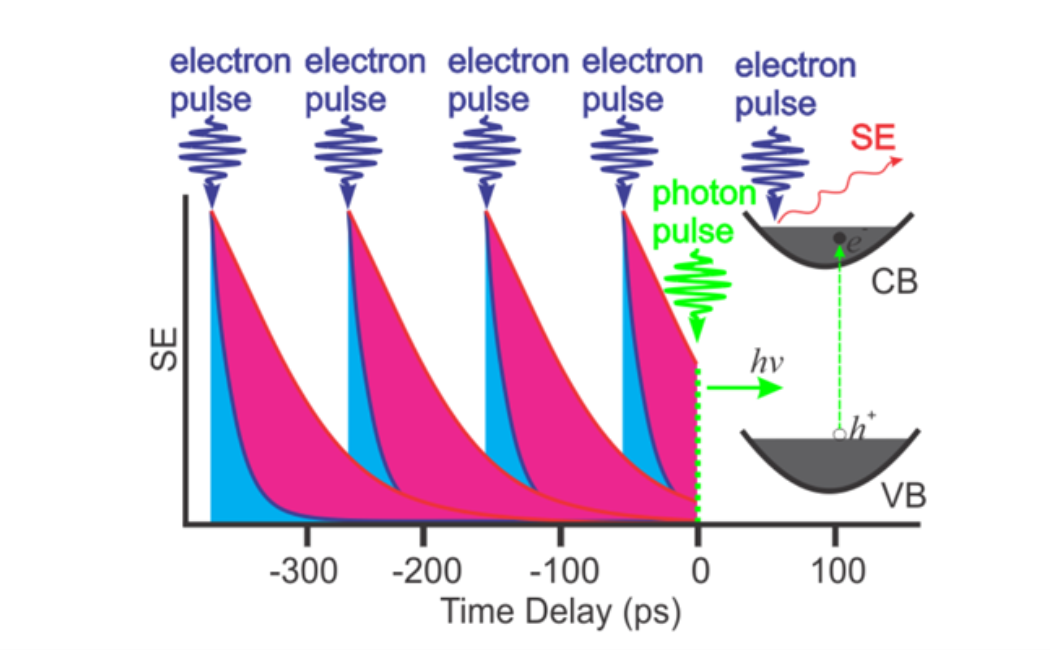 ​By visualizing different surface of CdSe single crystals, we show that the morphology, grains and nanostructure features of the material surface can impact the overall carrier relaxation processes. To confirm that the morphology, grains and surface defects are key components for controlling the carrier dynamics on materials surfaces, we conducted time-resolved imaging on a crystalline powder film made by mechanical grinding of a CdSe single crystal (Figure 1, left panel). A fast recovery of the bright contrast is observed (Figure 1, right panel) due to charge carrier recombination, with characteristic time constants of 6 and 273 ps. The two time constants can be attributed to different scattering sources i.e., grains, structured features and defects and thus serve as surface trapping centers to remove a substantial portion of the excited carriers that create bright contrast. This surface information cannot be selectively obtained by any time-resolved laser spectroscopic techniques because they are limited by the laser’s relatively large penetration depth, and therefore these techniques record mainly bulk information. 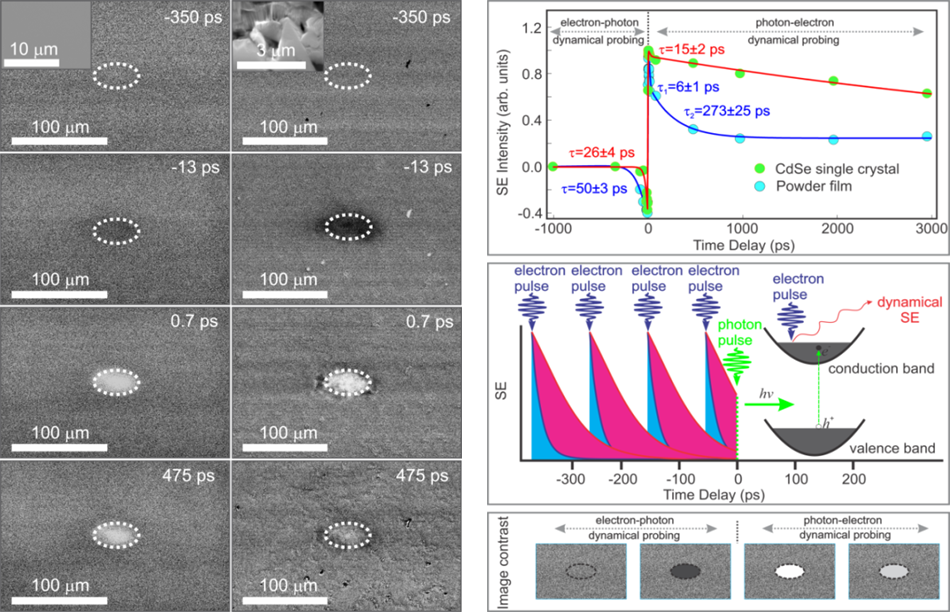